Try to bare the specifications of [Checkmate] from the actual battle data so long!

Because it is easy to hit the first hit probability, it is easy to produce a tingling effect, and it is a model that I like very much.

If I have time, I'm playing with "checkmate", but since actual battle data has gathered, I would like to analyze what kind of specifications it is soon.

Since the real data will not be released easily, I will make the specifications of "Checkmate" naked without permission based on actual battle data!

How many settings are there for the free version of "Checkmate" to play?

This was also taken up in the first Eldrado pachinko "Cosmo Attack", but I am not careful how many settings are operated in the first place.

Well, it is free, and it is easy to imagine that "best setting" is used because it is the intention of the development team that they want you to feel good with free play even a little.

Of course, there is no basis, and it is only speculation, so I can not say for sure, but based on the expectation that it will probably be so, I would like to proceed with the talk assuming that it is the highest setting "6" again this time.

If you have any information about the settings somewhere, please let me know!

Try to reveal the specifications of "Checkmate" from the actual battle data!

Well, let's unravel the specifications of "Checkmate" from the actual battle data!

First of all, it is normal time, but since the probability of the first hit assumes the setting H, it will be "1/210.1".

In addition, eldrado pachinko does not have a prize ball even if it enters heso, but it is equipped with the so-called "small hit" that you can get 100 balls when you hit it instead.

According to the actual battle data, the probability of a small hit occurring is "1/62.8".

Premium big hits are rare, but according to actual data, the appearance rate is about 3%.

Since the 10,000-shot big hit has only been issued once, there seems to be an error here yet.

Recchan performance to be careful! How long does "Checkmate" last?

Now that we have some information up to the first hit, I would like to check the renchan performance.

First, let's look at the probability of a big hit in Free Game.

If you aggregate the actual battle data so long, the probability of a big hit during the free game is "about 1/8.5".

Pachinko in the hall can only be increased to 10 times by the rule, so this is quite exceptional …!

So, next time, I would like to check the number of free games you can get when you draw a big hit!

There are 4 infinite patterns of number of times, 5 times, 10 times, 20 times, but we will look at the free game at the time of the first hit and the free game between the guys.

● Free game number of times at the time of first hit

– Free game number of times in each chan

There was a slight difference in the number of free games between the first hit and the time of the series, but I feel that there is little difference.

By the way, the 10,000 shot rate in the series was 1% because it was only once after pulling an infinite free game.

Also, if you assume that the probability of a big hit in a free game is "1/8.5", the ream chan rate for each free game number is as follows.

Considering the feeling of despair when you draw five free games, there is certainly an image that the 50% ream chan rate is broken.

For 20 times, I haven't passed through yet, so I'm convinced that the 90% over-chan rate is convincing!

The ceiling that exists in "Checkmate"! How much does the ceiling benefit?

I think that I will touch on the ceiling at the end because an approximate numerical value has come into view.

"Checkmate" has a ceiling as well as a recent pachinko.

According to "Checkmate's Tip", the ceiling will be activated when you digest 1000 games without BONUS, so I think that you can think of the ceiling as 1000 games.

The problem is the benefit of reaching the ceiling, but we haven't reached the ceiling yet, so we don't know yet what it will do.

As a hope, I think that the infinite number of free games is good for 10,000 shots, but I think that it is 1/319 class of conventional pachinko because it is a little too easy.

This is the spec of "Checkmate"!

⇒ the ceiling with 1000 digestions during the big hit!

Although there are still unknown points, I think that it will be such an image as a spec list.

The rest is data that still has little basis as a numerical value, such as the role of the ceiling, the number of free games in the big hit, and the 10,000-shot big hit.

However, since the data has been collected so far, I think that it is possible to calculate the machine discount using these data.

Next time, I will finally calculate the machine discount of "Checkmate"!

This time, I tried to consider the whole picture of the specifications in "Checkmate".

It is not officially announced, but is based on actual battle data so much, so it must be said that it is not accurate.

However, I think that it is roughly right because it is based on actual battle data!

We introduce the model introduction of "Checkmate", including attention production, so please refer to it by all means! 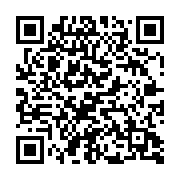